Hey all, I thought I'd post this where the most people who are likely to care are going to see it. I've decided to get to work polishing and finishing up some games (and game ideas) that I've either had laying around and haven't felt I had the time to work on, or haven't gotten around to just hitting the build button to release (because I don't feel it's good enough yet)

I thought a good first one to get to would be Veyrra since I've been meaning to get back to it, and quite a few people seem to like it. I think the reason why I've been holding out on it is because I've been wanting to expand on it in a scope that personally I can't do on my own, so instead I'm paring it down to just telling a story through a visual novel format (I've gone back to using base assets till I figure out a bit more of the style since I'm not really an artist) Currently I'm using Visual Novel Maker (yes, I know it's still fairly buggy, but I'm finding it actually fits how I work much better than most other engines) 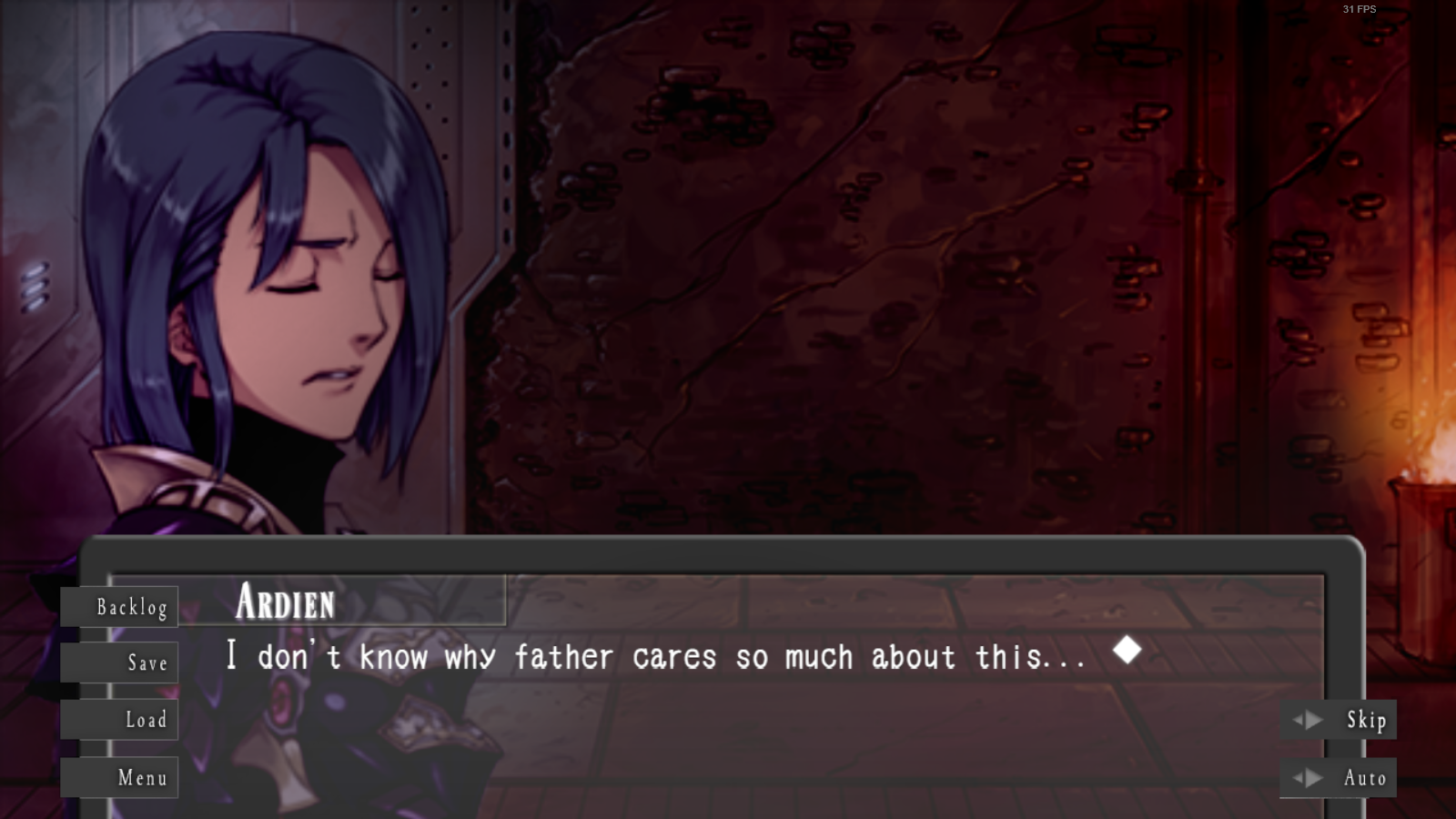 Here's what I have for the message system so far (I'll probably be changing this up a bit more) I've kept Ardien and Jason's base art the same, but since those were the only two seen in the Yaoi Jam version, there's plenty of new surprising characters to meet.

On saying all of this, there's actually really only one big issue that I haven't fully settled on; I've realize I want to tell two different stories (both Ardien's and Jason's) but I'm not sure whether to keep it all in one game (which might mean cutting out some stuff, or having a bigger file size to include everything I have in mind to do) or splitting them up as completely separate episodes. Since I can't really decide, I figured possibly people who would want to see a full  version (or at least more complete than the one here) would have some thoughts on what they'd like to see as well.

For people who don't feel like commenting on the matter I made a quick poll.

If this post goes well. I might ask other things and share more about how the process is going here (mainly because my blog which I usually use to share my game dev stuff at seems to have died off)

Edit: Before anyone asks (not that I'm expecting anyone to) I am still planing on keeping RPG elements (I'm working on that right now with Ardien's plot; I'll probably share how that looks and works when I get it done)