A downloadable game for Windows and macOS

The world seems about to go to war.
A demon prince is being perused after an attack. A human who shouldn't be on the planet somehow is. An angel kicked out from the Outposts without given a reason.
There's a lot more going on that connects and entwines all of this together.

Things that are still needed:

Decided to add build numbers to make updating a bit easier to keep track of. On that note:

Well, I wanted to try it out, but sadly, I get caught in a (tutorial) loop when it tells me about her special ability to find unseen things. And before the animation appeared, I had a short black screen there, too.

And the title screen shows no text at all for me (it did appear, though, in comparison to other bugs reported.)

I was actually looking forward to this and hope you'll be able to fix it easily :)

So far, I like the facesets and the menu UI, but the background sound effects (the splashing) is too loud and distracting in the starting area :(

I'll keep my eyes on this, still.

I've already decided to redo a good portion of that section, so that may fix a lot of your issues, though I'm not sure what you mean by "her ability". Are you talking about the on map ability? Because that's actually Ardien's ability and I believe I had it fade to black there FOR the animation (so that ISN'T a bug; that's a kind of screen transition that you are confusing for a bug. It is supposed to do that)

As to the sounds, I'm considering removing the things making those sounds even though there's already options in the settings to turn sounds down (I thought it might be an interesting effect, but it does get annoying) I know that isn't really a solution, but I'm not really planning on releasing another demo (I've already stated this in the devlogs) I'd rather just focus on finishing it right now, which may take a fairly long time (just to be realistic)

Hi and thanks for getting in touch :)
So, my problem is that I went out of that gate, viewed the cutscenes and then arrived at metal thing or what it was on the right of the path before I can turn left (iirc) and when I examined that, both characters exchanged a few words again and after, a black screen appeared, then I had to wait a few seconds and then came the text about the ability of the character. After I had clicked that away/pressed both of the keys one can use it with, the text on how to use it got displayed again and then again and that became a loop that wouldn't stop, so I couldn't atc in the game anymore :(

And good to know :)
Hope you'll be successful with the rework and the game will get the best it can get :D
I for my part am working on something, too, after years in the RMK MV, but still need to learn some basics again, so I'm no newbie, but also don't have much experience yet. But that aside, I know the transition is there on purpose, but the event getting stuck in an infinite loop probably not :(

Hm, I for my part think they could (depending on how long one will be around in that location) be god for the general atmosphere. Just turning the sound down a bit by default should be sufficient. But it depends :)

And that's understandable. I for my part suggest trying out what you (and maybe others working on the game?) like and see what feedback you'll get later :)

And regarding the bug again; I sadly can't provide footage if that would make it easier. I can just say after the explanation on what to press to use the ability, it gets stuck with that explanation over and over and nothing else works anymore (not walking, opening the menu etc.)

But again, hope you got this and the game will eventually turn out to be what you (and the audience?) wants it to be, so no rush or pressure, in my opinion :D

Yeah, that's not entirely helpful, but the demo is a bit of a mess (not so much just due to bugs, ether; there's little optimisation and the balancing is horrible. I'm really only using maybe a quarter of what I used in it, and even that's a generous estimate) I'm not really working from that build anymore, but I'm pretty sure that was setup as a common event that's only supposed to run right after interacting with the bot, so I don't know how it could start looping like that (though you really only need to press one key to activate the effect, so I might have accidentally mapped the other to the tutorial on accident... that's the only thing I can think of) I can try to check from a slightly newer build that isn't quite the same, but at least has the same events still (the project I'm currently working from is completely changed because I decided to rework a lot of the story)

I pretty much finally decided to create an account here -pretty much because I felt the need to tell you just how great this is. Keep up the good work, honestly I can hardly wait to play more of this! I really enjoy this game, it's just really amazing. Good job!

The writing seems actually interesting. Games seems to have a bug though (see error at end)

I fixed that already; if you'll notice there's a slight admened to the upload page already explaining that this was brought up to me. Just download the exe again and it'll be fixed 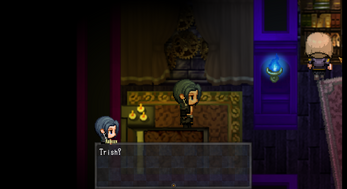 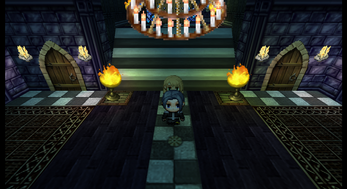 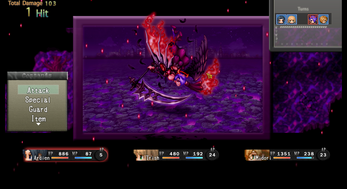