Yes, I actually have an update

So, I've decided I need to make a new build of the game. Before people freak out, this is more due to the fact that after looking over the current main build I realized just the maps alone are still spread out over about 3 different projects (and some I should really consider remaking, anyway) That's not even getting into the fact that the plugins/code in the current main project is an absolute mess that needs to be paired down (which happens when it's been worked on for years now)

It also doesn't help that I still haven't gotten the battle system setup (or completely working) I'm leaning towards simplifying how it all works. Either going back to just the basic MV battle system with just a graphical upgrade. That or I have a few other battle systems I can try, but I'm not sure how well they would function in my setup (I know the one I already am trying doesn't play well, and I unfortunately don't know enough coding to be able to patch it myself. Nor do I have the budget to pay for it right now, especially since I'd like for this to remain donation based)

I've been slowly chipping away at it in between working on other projects, but it really does need some serious clean up. I'm hoping to have a new demo build done sometime within the next month or so (depending on how much time I can actually set aside for it) I'd call it an alpha build, though aside from the battle system, story and other systems it's probably more of an early beta at this point (especially once I actually put them all cohesively together) Story wise I probably have about a quarter or half implemented in the engine (just, again, spread out over multiple projects)

For the mechanics not having to do with the battle system, if I haven't implemented them yet, I at least know what plugins I need to properly put them in, and I have changed some ideas since the last demo. Which I think other than the Mac version that I didn't really test I hid that... I still don't have a Mac, but I do have some Linux distros (I know they're not the same) and will still try building a version for different systems. I'm not sure if I'm going to be able to manage mobile, though.

Basically, I just wanted to make it clear that even though it might seem like nothing's been done since I haven't put anything up in awhile that really isn't the case. Considering the only big hurdle right now is the battle system, I'm really planning on finishing this game up this year (I've certainly been working on it long enough)

I should add I have a Patreon (and a really should be using it more) I think it currently has nothing on it. I’m thinking of either posting updates on their either daily or at least much more often than I ever have here. It’ll probably also be posts for more than just this, since I tend to work on a lot at once.

Edit: Since it hasn't really been that long I'm just going to add this onto here. I edited the way the message window looks when the characters are talking: 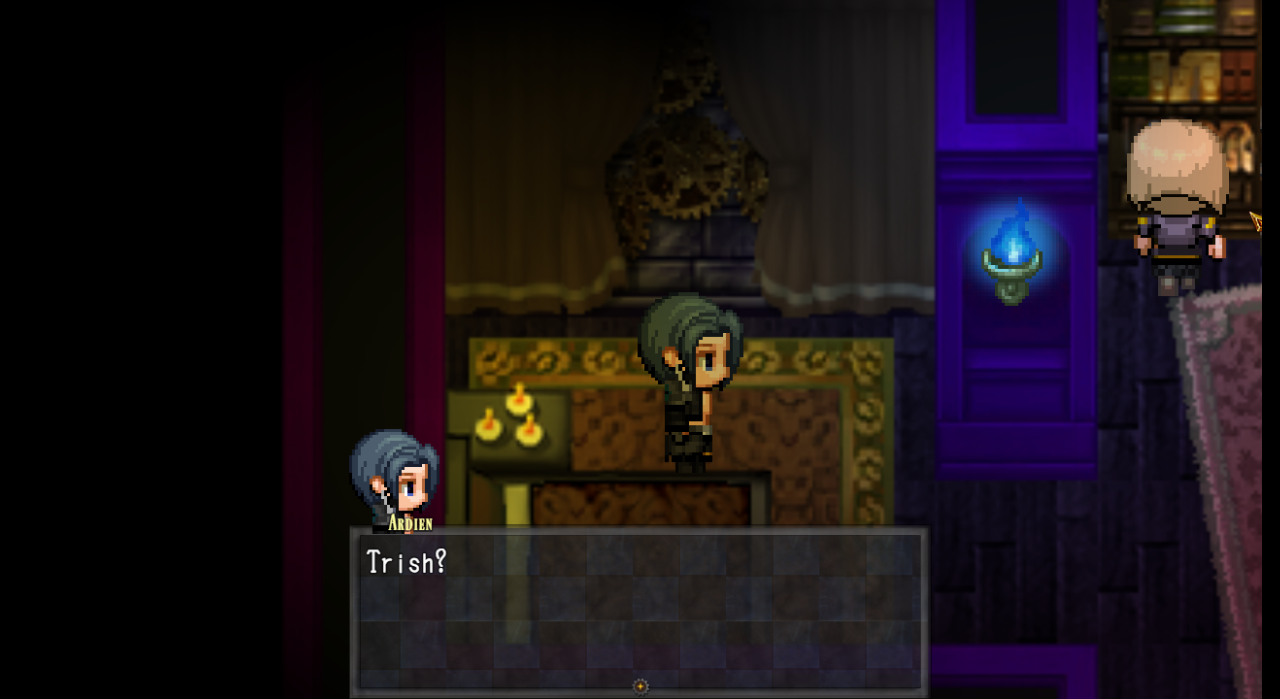 Also, I didn't really change the battle system graphics that much, but there are changes (not sure how noticeable they are) I've settled on using YEP Standard Turn Battle and only having Ardien and Jason be controllable (I like the way it controls, though I'm not sure how anyone else will like it) 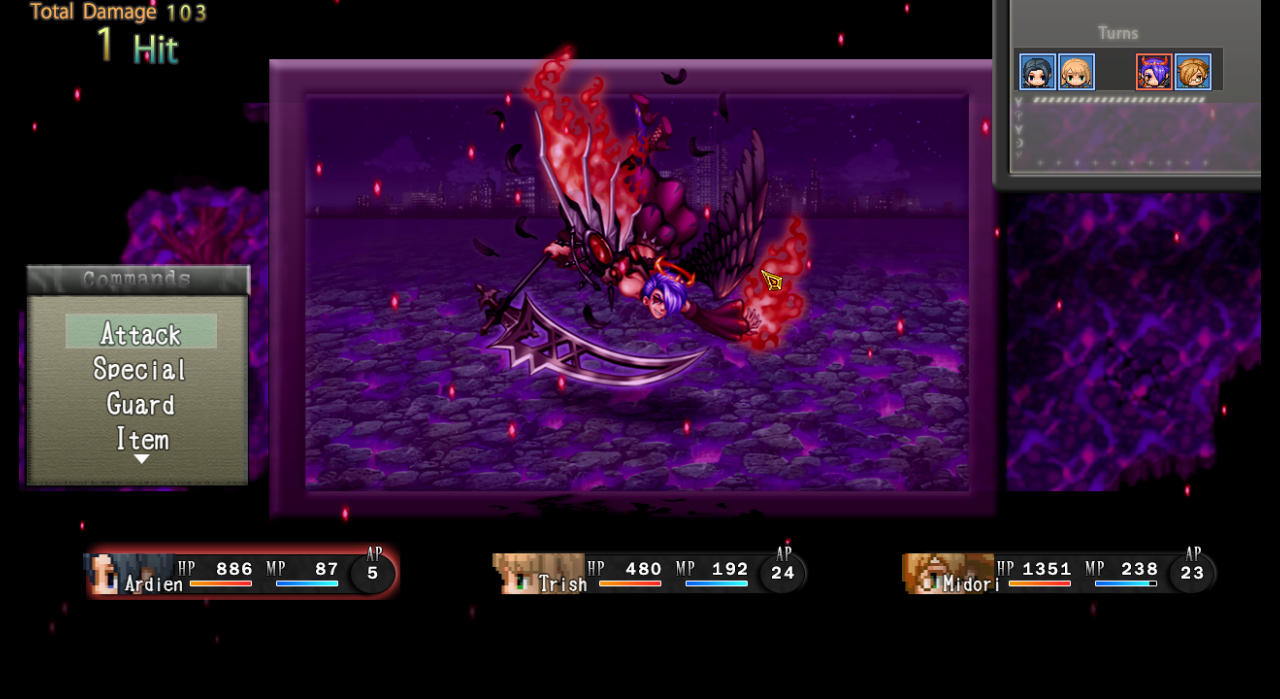 Another change that isn't shown in the screenshot is that Trish is going to be in a sort of "succubus" form during battle, only due to the fact that I haven't been able to get any summon skills to work. I'm probably going to put up another demo soon since I need beta testing and I can't really get a lot of it just from my own trial and error. I'm hoping to have that up within the next few days (at least by next week at the latest)